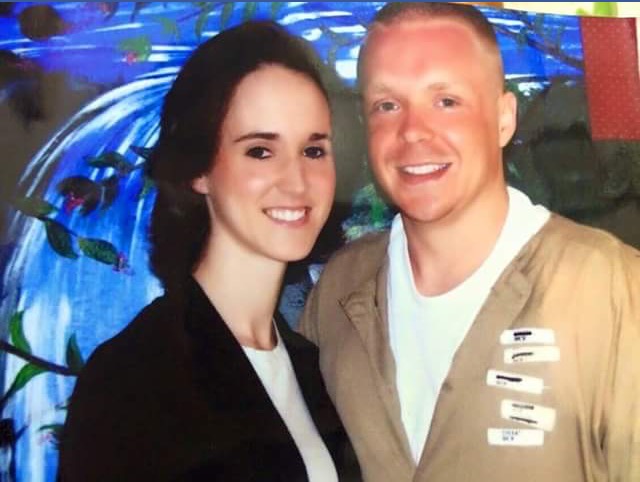 Dale had the most beautiful ice blue eyes, he could light up a room with his smile. He had a heart of gold and the hardest worker I've ever known. He'd help anyone, no matter the situation. Dale had 6 yrs clean & sober after spending time in prison for possession. But it was his saving grace (so we thought), it brought him & I together and for that I'm grateful. We had wonderful yrs together full of love and laughter. Dale loved to tell me stories of childhood, he was a full blown Daddys boy. They lived to ride their Harley's and dreamed of life in Key West. He was incredibly smart, had scholarships to college and dreams of becoming a lawyer. Drugs took everything from him, he sadly followed in the foot steps of his father who lost his addiction battle in September of 2013. Dale was determined to show everyone especially myself and our boy Bryson (not biologically his but loved just the same) that he was going to do better.

Dales addiction battle started long before he ever even realized it, Dales father was an addict. His dad took him on runs, sold and used in front of him. Dale lived to be just like his daddy. He never realized that his father was slowly killing himself. As Dale became a teenager the experimenting started and the love of money brought him into that life. Dale started out selling and then began using, at a young age he married and there relationship revolved around using together and loved to lived a lavish life bought by drug money. While at work with an insulation company Dale was arrested by multiple agencies. He was sentenced to 20 yrs in prison. He had 5 yrs suspended, did 5 yrs in prison and 10 yrs probation upon his release. Dale was determined to live a healthy sober life once released and with me for a time he did. When Dale was in prison he utilized many programs and determined to show me he was trying to be better. Dale started by divorcing his ex wife whom he knew was an active user who had no intentions of changing her ways, he let go of his old life and wanted nothing more then our family and to marry me. Released in November 2014 he was ready!! January 2015 he followed his fathers footsteps and earned a great job at a local barge building company. 3 months into working I noticed a change, his anger was returning, the frustration of struggling for simple items in life was setting in. He remember how easy life was when using because the money never stopped flowing in. His old life and "friends" found him, showing him a life he was missing and could have back if he just started selling again. Selling turned into using, using turned Dale into a person everyone hated, including himself. He pushed me away and said Bryson & I deserved better then a drug addict for a father/husband. He ripped my heart apart, I tried helping but that only made things worse. I had no choice but to walk away, I kept in touch with his family in hopes we'd keep track of him safety wise. He would disappear for days/weeks at a time, living out of gas station bathrooms and dumpsters, couch hopping between random dealers and users. That life got him killed. On October 20,2015 Dale used that morning and sadly he began to hallucinate and that caused a scare to those around him. The police were called and Dales reaction was to run!! Dale running from the police got him shot, 2 shots (1 to his shoulder and 1 to his stomach) he died 30 minutes later at a local hospital. At 130pm October 20 my love took his final breath and left my world.

I miss his voice, his comforting words of wisdom he always had on bad days but most of all I miss his arms holding me as I slept and kissing me each morning saying "morning beautiful girl".

If I could say anything to him I'd say "Dale, no matter what I've always loved you. Through the good bad & ugly we fought to make it work. Even in death I stand by your side, forever your wonderwall I'll be. I love you baby, forever & always" 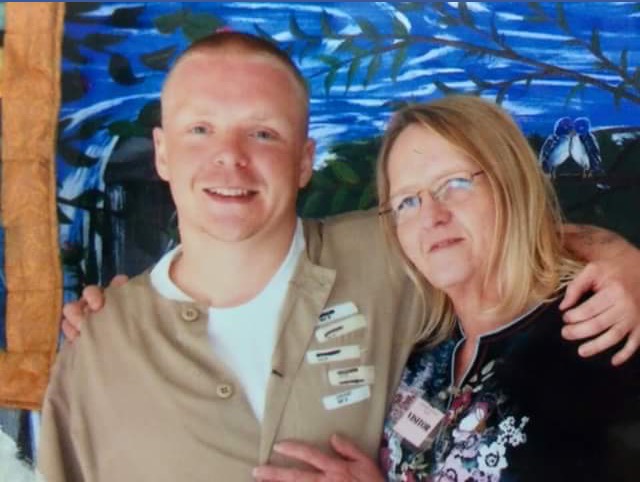