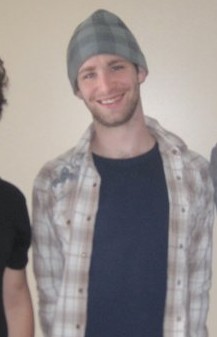 Will was so kind. He always wanted to help those less fortunate. He would give someone the shirt off his back if he needed to. Case in point, three weeks before he passed he and I were in a head on car accident. The driver of the other car cracked his head open. My son looked me over quick then ran to the other driver, shirt in hand to help control the bleeding. He was just one week out of rehab when this happened. He also never passed on an opportunity to feed or help a homeless veteran.

His struggle began four years ago. He at one point was clean for a year. He went to rehab in August. Insurance approved 5 days of detox and only two weeks inpatient. Three weeks after discharge, he died of an overdose. He had no wear to turn when he got out of rehab except an appointment with a doctor a week after discharge so he could be placed on Suboxone.

His son, Keyselle who was the love of his life. Talking with wounded veterans. His friends, Skateboarding and fishing

His smile, laugh and silly sense of humor

Just that "I love you" one last time