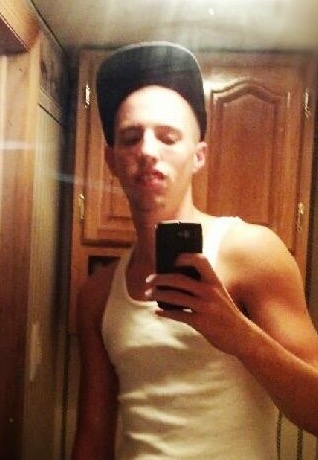 Tyler was a young man just starting to live life, he would give you the shirt off his back if you had nothing. He had the heart of gold who started to hang out with the wrong crowd of people. Started using drugs which turned to heroin, he wanted to stop and he distanced himself from his "so called friends" he was able to stop using for One year before running into one of his old "friends" after a few weeks thought he was strong enough after being clean for a year that one time was not going to hurt anyone, well one time turned into using for a few weeks before going to rehab after realizing he couldn't stop on his own. Tyler went through 30 days and came out feeling good, started a new job this lasted 3 months the very first time he used again I found him dead a few hours later.

Tyler struggled for about a year on drugs when turning to herion getting into trouble with the law, stealing from family so he could score his next fix.

He had a very contagious laugh he was able to light up a room. He enjoyed his family especially his baby nephews, friends, skateboarding

I miss his smile, laughter the helping hand

I love him with all my heart, I miss him and I am sorry he was in so much pain that he turned to drugs, I wish he would have come to me one more time before using like he did when I put him in rehab the first time and that he is not a failure in my eyes.