He was a very fun loving, free spirit kind of guy with the kindest heart you could ever imagine. He would help out anyone and refuse to take any money at all. He had so many friends that at the memorial we did not even know half of them that came to show their love and support for him and the family. It truly showed us just how many people he had touched on earth while he was here. He hated to see anyone hurt or struggling, putting himself last always. He loved family so much and he was all about family. So fun and silly, he even could laugh at himself he didn't care as long as others were laughing.

His struggle started at 15 yrs of age with huffing, alcohol, and meth. Then into his later teens he turned to cocaine and then started smoking crack. In his early 20's he got into the opiates with pills, percocets, vicodan, methadone liquid, morphine. His first overdose was with liquid methadone and he was in a coma for 9 days and they said he was going to die and to bring all family home right away and we did. But then a miracle happened and he started to wake up, they tried taking off life support and we were very nervous about the brain hypoxia and how much damage had been done. He knew all of us, but was quite fuzzy and did tell us that he had been jumping on the clouds with kids and dogs, we think he just may have passed over for a bit? He then went home with his wife and children, they hadn't had their last one yet, just the three boys. He was scared for just a little while about drugs, but it was not long that he was at it again. This time he started shooting drugs dilaudid, morphine, oxycodone and then they got too expensive so he turned to heroin, and overdosed again and he was in drug court at the time and of course dropped dirty because he overdosed and they took him straight to prison from ICU, he was so weak. He was in prison for a year. He was paroled to my house, because he and his wife used together and that would not have been a good idea. He did very well for a long time, got a job, a nice home, got his DL which had been barred for years and had a nice red truck that he just loved. Life was good or so I thought, until March 10,2013 when my daughter who lived down the street from me came screaming and knocking all the way down on my house saying Buddy's dead, and that is when my life shattered and my life changed in that instant to never be the same again. My baby was dead, my worst worry and nightmare.

The #1 thing first and foremost would be his kids, he loved fishing and grilling anything to do with the outdoors. He loved family dinners and going out to eat. Eating was one of the things people would laugh at him about because he never was a big guy. But, if you could see him eat once, you would wonder why. He also liked stand up comedy and he and his step dad could sit up all night and laugh like two teenagers, those were fun happy memories. He just always hated drama and wanted everyone to get along, that is what made him the most happy.

His cute smile and huge hugs saying I love you mama, and never getting embarrassed about being teased about being a mama's boy, he would just laugh and say yep I sure am!! And, he was, he was a sick baby after birth so he was always pretty spoiled because he was in the hospital so much. As his mother no one thing really sticks out, I would have to say EVERYTHING I miss about him from head to toe.

I would tell him I always loved him unconditionally and forgive him for anything he thought he may have done to hurt me. I only wanted him to be happy and safe and to not have to fight the demons all the time. He was never at peace, and my hope is that he now has found that. I would tell him I think of him morning, noon and night. And, always wonder if I could have done something for him to save him. Son, I love you and every year, every month, every day, every minute, every second you consume me, and my heart hurts for you, but this I can handle as long as you are happy and at peace, that is my wish. I know the good relationship you always had with the Lord and that also gives me peace. I love you baby so much and miss you just as much, until we meet again my heart will always be with you. 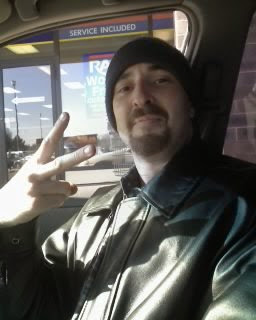 Tags:
HeroinMemorial AskMeAboutMyAngel
Heroin Memorial - 2015/08/26 - Alison Shuemake - A...
The Price of Addiction: So Much More Than Dollars ...