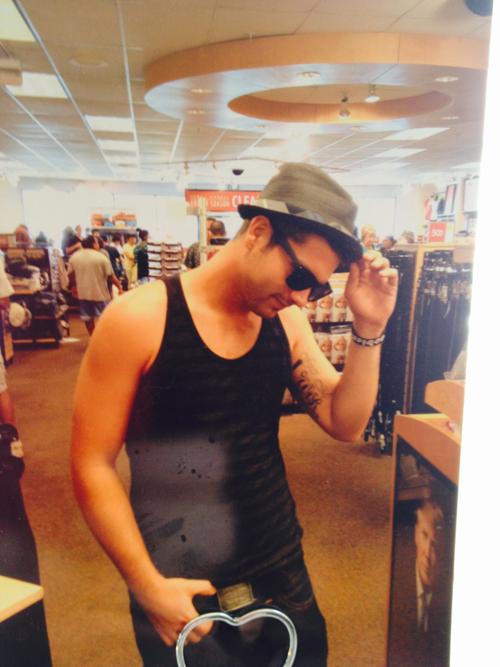 Aaron was an incredibly handsome, very intelligent young man with the most beautiful smile. He had a great sense of humor.He liked to dress the part, nearly always had a baseball cap on. He was very deep, a thinker but also a worrier, worried about not having enough, not being able to "make it" in life, always scheming on how to make money! He loved animals especially his tropical fish. He had compassion for the mentally and physically handicapped and when he was young it would make him sad. On the outside he appeared to be happy, confident, his friends said he joked a lot but he was often sad and anxious- he put on a brave face.

He was an AB student doing well at school.He worked in a tropical fish shop at 13. He started smoking pot occasionally in 8th grade but we were not aware until he was a freshman.He would say he was depressed, anxious couldn't sleep and we spent many hours at different psychiatrist offices. He was in his first rehab at 14 which he absconded from. In the early years he often went missing, hanging out at other peoples houses, doing cocaine and all sorts of pills mainly opiates and benzodiazepines. He got transferred to a high school for troubled teens. During this time he was often verbally abusive and violent but when not under the influence he was great to be around. He got in trouble with the police and after a lengthy court case spent time in juvenile hall- visiting him in there was heart wrenching as he was sober and looked so out of place in there,apologizing laughing about himself. I remember, walking out into the parking lot crying thinking this could not be.

During those high school years and community college years he worked on and off. It was when he was 17/18 when at work at the tropical fish shop he was introduced to Heroin. The school would constantly ring me up to come and get him cos of some stunt or other, and once because he had a withdrawal seizure. He was injecting by the time he was 18. During these early years we and the court had him attending drug counseling , anger mgmt etc. We tried every type of love , we were angry tired and frustrated a lot of the time. Both of us worked full time in professional jobs myself as a nurse working nights existing on 3-4 hours sleep, my husband in manufacturing and also part time as a reserve sheriff( Aaron loved that!). We tried tough love, we took nearly every possession from him but he still managed to get money for drugs. He told me once that he had enough rich friends to keep him in drugs for a lifetime. We had moved our daughter out of the house when she was 15 to a safer place because we didn't know what else to do. On his 18 th birthday my daughter and I found him in repot story arrest and had to revive him. We kicked him out at 19 and he lived in his car in our drive way , he couldn't drive it as we took his keys for his and others safety plus he had already had a DUI.We allowed him to come in and shower etc.

This was a very dark time as he was using all the time, he was dealing so he could get his fix. He had a few long term relationships of 1-2 years and always treated his girlfriends with respect . He was friendly with one girl and was at her house one night and called me In a panic to say she wasn't right- I told him to call EMS & drive over there with my daughter, we walked into a scene like something from "Train Spotting"the girl in full on respiratory arrest , Aaron in shock, he helped me lift her off the bed so I could start CPR and then he ran off. The girl survived and that night I gave my son up to the police - this was really one of our darkest hours. I came to find out later that my son did not supply this girl with Heroin she called him over to party and as far as he knew she had been drinking and taking pills , he did not know she had shot up Heroin before he got there, this resulted in another lengthy court case.

Aaron would complain that his hip and legs hurt and I took him to orthopedic Drs and they Xrayed and could find nothing. I noticed when he was asleep or out of it in the car he would rub his legs so I took him to a neurologist and the found he had a fractured spine which they think happened around the age of 14- 15 we narrowed it down either a fall in middle school or a car accident at 15. We felt terrible, we brought him back I the house to try and sober him up and prepare him for surgery-. He weaned himself off Heroin& had a two level spinal fusion.He did amazing in his recovery, staying off drugs. Court case was still going on and was delayed due to his spinal surgery. He now had access to a pain management dr that gave him all sorts of narotics over the next couple of years- he would sell them for Heroin. He went into 30 day rehab just before turning 21 but then relapsed. Now he was getting very sick, very thin . We took him to a methadone clinic which was very successful for a while because it dealt with his back and leg pain( surgery did not get rid of that).

Finally he got sentenced , we begged the courts to put him in rehab but they wouldn't so he weaned himself off methadone because cannot get it in jail- to this day I'm still angry about the judicial system re this because while on methadone he went back to college and worked part time. So he did his few weeks came out and wanted to try life with out it but ended back at pain dr. Then fell at college from too many pills and got a concussion. Finally his supply was cut off but instead of getting better he got worse, and dealing Heroin for his fix really took over. Ended up again with possession or under influence charge and this time got sentenced to 6 months rehab. He went into Salvation Army and because of his back and not being able to do heavy manual labor he left and went into a sober living. After 5 months sober he looked amazing , was working etc and then did Heroin at sober living and got another concussion. We pulled him out and he was truly gutted he lost his sobriety, he was back on track within 24 hours and he rented a room somewhere.He was in a relationship with a sober girl. On Aug 5 we had a surprise birthday party for him with all his sober friends and sponsor and his sister Raquel attending.

He was so happy,he and his sister finally made peace and over the next month talked and texted and for the first time had a proper brother and sister relationship. He looked so well those 6 months, it was like he was glowing. A month later he said he was depressed not happy , he was about rosy art a new job, he thought perhaps he should try antidepressants ( he had not done this in years)and he also admitted he had been taking Xanax that week. We went immediately to his old addiction specialist who had not seen him for few months- she could not get over how well he looked. She gave him a few pills to get him off Xanax to prevent withdrawal seizure and anti- depressants( he never took them) . That day he asked me to take a photo of him, which I thought odd. 3 days later on Sept 10, 2012 one month after his 23rd birthday , I got a call from LA county coroner investigator to say he had been found dead in his room from a Heroin overdose. My husband, myself and our daughter are truly grateful for the 6 months we had him back in our lives. We will never forget him, we did a lot of things wrong, said a lot of hurtful things during those addictive years but we also did a lot of things right , Aaron when sober demonstrated he was very just and kind and a beautiful boy, he will be forever in our hearts. 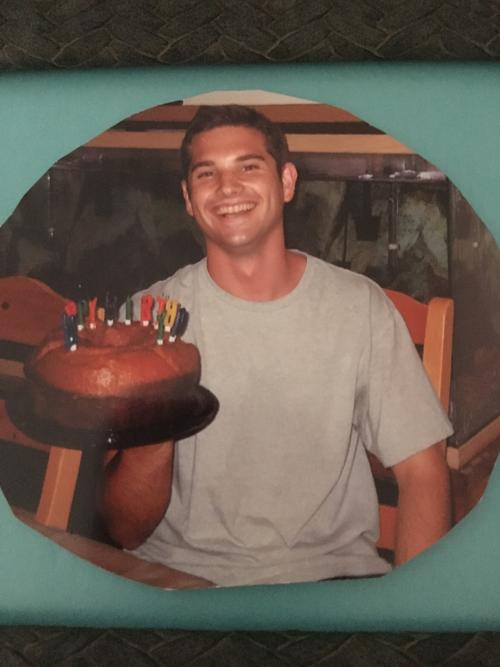 Goofing around with his friends, silly family stuff, our pets, his favorite TV shows.

His smile, his laugh, his eyes, his hugs.

We love you so very much and we are sorry we could not save you.