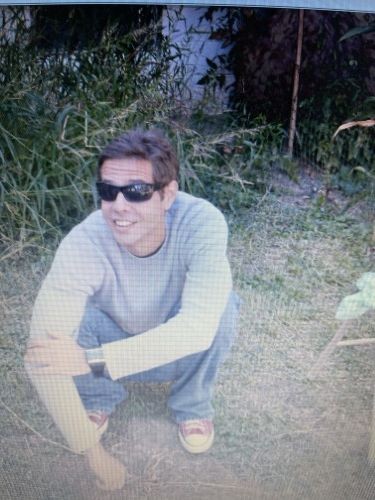 Curt sang in a band, always loved painting, collecting superhero items and comic books, was a “ foodie” ... was passionate about his favorite foods, his family and his dog. He was witty, friendly, loving.

Curt was employed in a place where illegal drugs were readily available. He and some friends got interested and soon were unable to break free. On many occasions during a ten year struggle, he would make the decision to be clean and sober. He would suffer thru violent bouts of pain, trembling, vomiting... he would end up homeless, sold off his personal possessions in order to support his habit. He would come home to us for a good meal... some cigarettes... dog food...but was never given cash. He had the love of a woman, but the love of his life left when his habit began. When he decided for the last time that he had had enough, he began eating and drinking beer. This went on for 6 months. He gained 60 lbs. Then one day when he was angry with me , he had sprained his ankle. I was only getting information second hand, since he would not answer my texts. He went seeking drugs that one last time. He was found lifeless on the floor of his girlfriend’s garage.

His dog, his family, being able to be the life of the party, snd his own jokes!

There is not enough room for me to write all that i miss about my boy. His voice, his smile, his caring hugs, his wit, his knowledge of things I had no idea he even cared about! And the list goes on..

I need him to know how much his life mattered and how badly our hearts are hurting since he left us. He left this world angry with me , and I must deal with this guilt on top of the horrendous grief!

Considering donating in memory of Curt Lukens who life was cut short at the age of 34 sadly.