Jan 28 Posted by Heroin Memorial in Share Your Loss 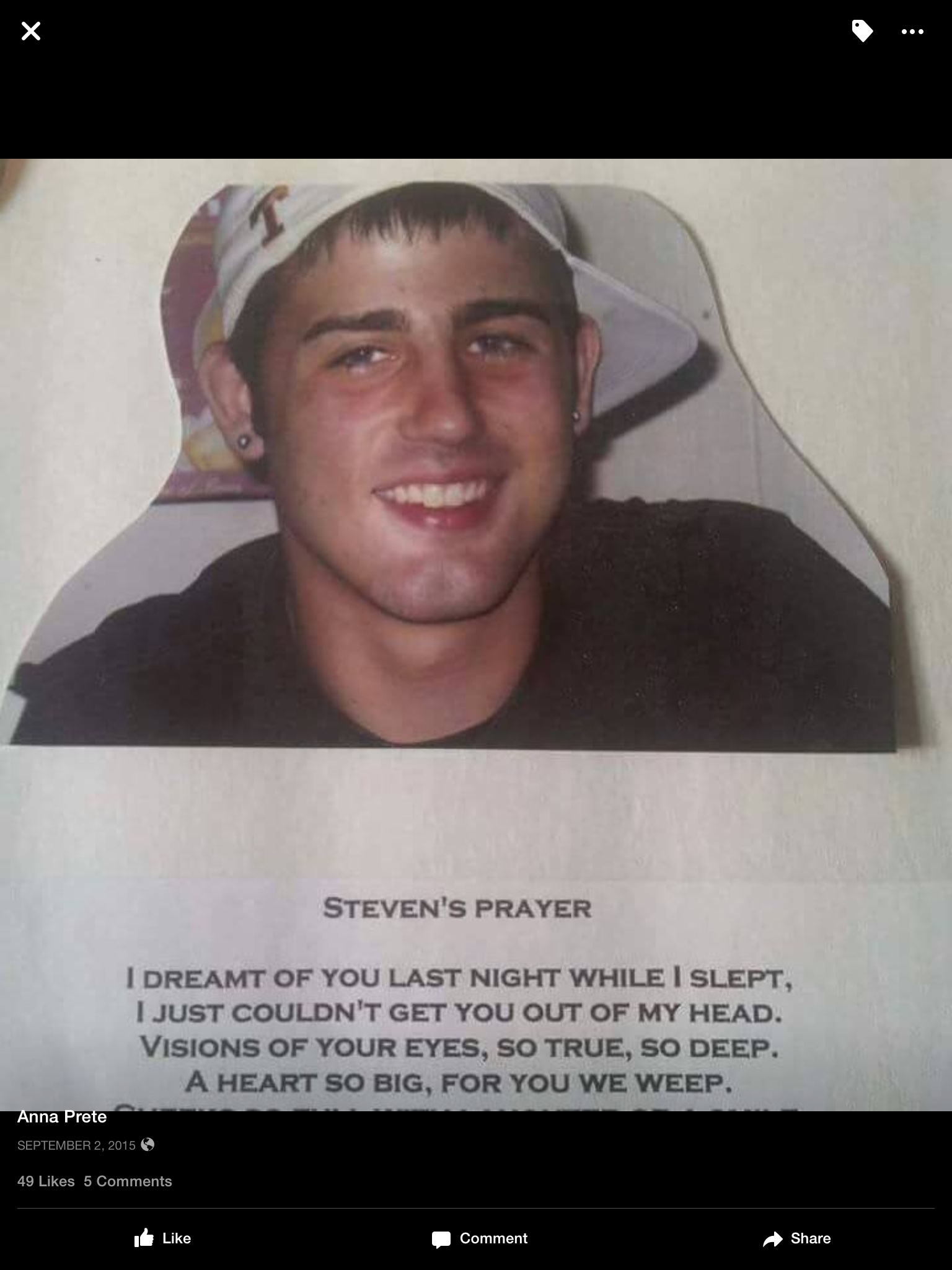 Steven was a beautiful young man with a loving and joyous personality! He did not discriminate against anyone... He had his whole life ahead of him. He was 6 months away from graduating college at Illinois State University on a scholarship from the state of Illinois to be a special education teacher when his addiction started. We found out at his wake from the superintendent of the high school he graduated from that he had his last interview and was already hired!!! He loved helping other people and always found the positive side of everything even if it was a bad situation. He touched so many lives and it showed ... There were over 2000 people at his wake!!!

We found out about Stevens addiction when he overdosed for the first time. It was at the neighborhood Burger King.. He went into convulsions and fell out of the booth.. People were stepping over him like he was a bumb!!! He was minutes away from loosening his life when the ambulance arrived. He went into a treatment center and I thought that's all it would take and that he would overcome it.. Bot was I ever wrong!!! When Steven came out he was sober one week and overdosed again in our bathroom!! He went on to battle his addiction for three years.. Through that time he went through countless treatment centers.. Halfway houses sober homes and a sober Christian home.. He overdosed many more times . Through it all though he never lost his faith in Jesus or God!!! He used to tell me "mama I want to stop but I can't!! It turned my beautiful loving intelligent son to someone we no longer knew!!!

Everything made him smile!!! He had a smile that lit up a room and his face from ear to ear!!! His brothers made him smile... His friends.... His girlfriend... Music sports... He always had a smile on his face.. Everyone misses that beautiful smile!!!

I miss everything about him!! His laugh , his smell, his jokes, his goofy dancing, his contagious personality , his hugs, but most of all I just miss him!!!!!

If I had the chance to say one more thing to him it would be so so much!!! That I never stopped loving him, that Through everything I was still very proud of him and everything he accomplished in his short life and most of all that his death was not in vien!!! By sharing his story it has already saved 2 lives and hope by continuing to share his story it saves more!!! I will love him and miss him forever!!!